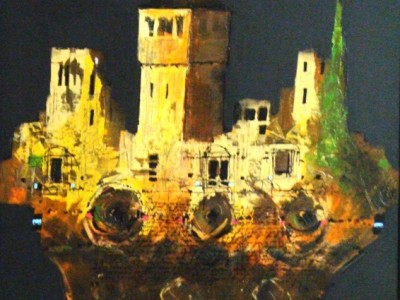 Founder of the gallery “Mina Karadzic” in Loznica and also the member of the association of artists Serbia (ULUS) and associations of artists Sabac (ULSS).  He exhibits since 1985 and has had 34 one-man exhibitions, took part in more than 150 group exhibitions and in over fifty art colony in Serbia and abroad. Has received numerous awards for his artwork. Lives and works in Loznica.

Their visual angle viewing and conversation, talking about the personal view old frescoes, liturgical text, letters, ethnic folklore, through which we can play creative appear different perfomances. The game of presence and absence, between the visible and the invisible, hidden behind the flat areas of the image, from which thick layers mysterious silence emerges in which drown and appear different motivs and symbols. In the play of light and shadow play an input power of spirit. Behind the flashing colours and appear faint sounds restrained austere beauty and purity that are associated with silence, inner peace,tranquility,or how Kalist told to rest was “supreme state of engagement of the mind”

Other Artworks from Dragan Bartula See other artist 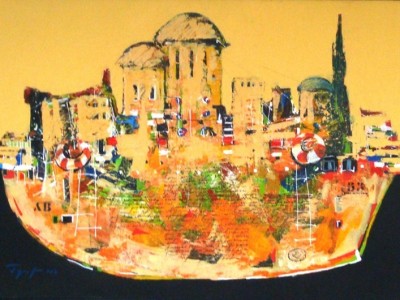 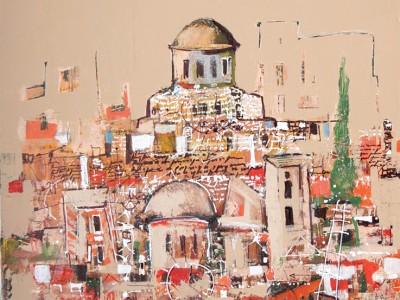 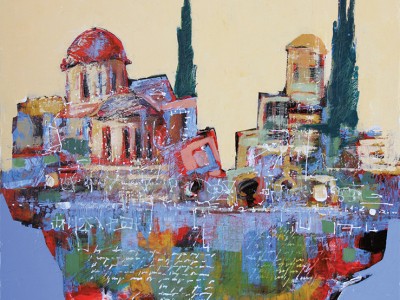 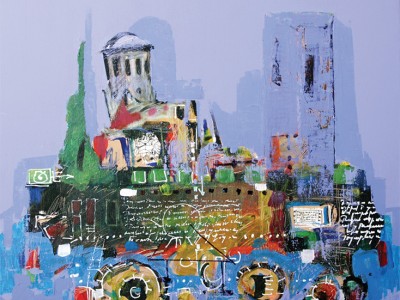